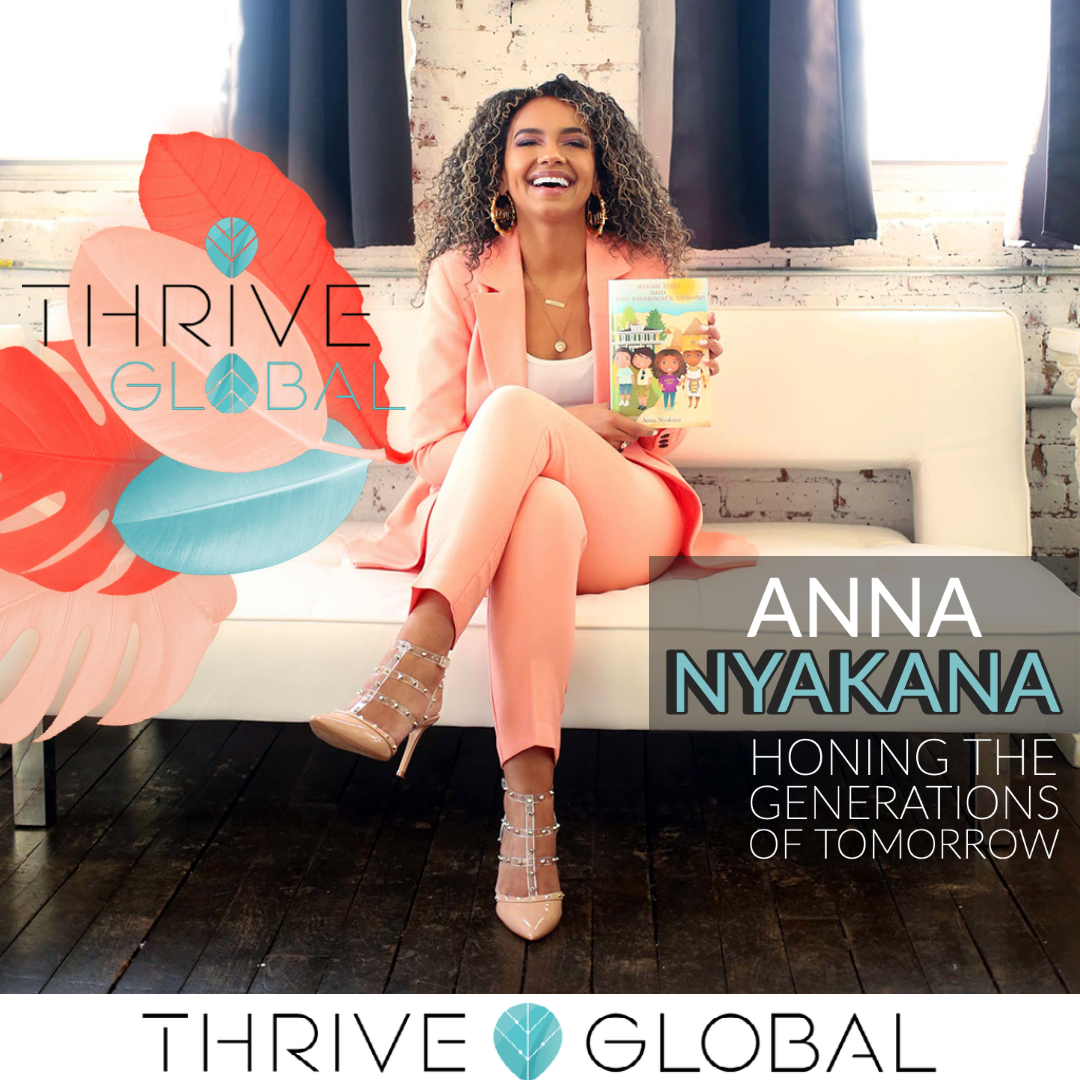 APRIL 13, 2021 - SAN FRANCISCO, CA --- The children are the generations of tomorrow. How future adults will function and co-exist as a society will depend on how they are taught to live and how they are taught to be co-existing individuals. People are born unbiased, honest, and pure. On the other hand, adults often live with stereotypes and the tendency to discriminate because society taught them to do so. Since the mindsets of adults in the current generation will be hard to alter to avoid stereotypes, the children are the only hope in trying to form a better society. Raising them with the correct mindsets will save humanity from discrimination, biases, and racism. Anna Nyakana recognized this reality and chose to change the narrative.

An award-winning and best-selling author, motivational speaker, producer, and business owner of Niyah Zuri Books and Niyah Zuri Studios, Anna Nyakana is a successful entrepreneur making an impact on the lives of many. Born in Berlin, Germany, in 1986 to a Ugandan father and German-Moldavian mother, she pursued her passion for writing and music beginning at the age of 6. As a teenager, she further mastered her musical abilities while completing humanitarian work around the world. After independently releasing her debut album in June 2007, she took up a Bachelor’s Degree in Business to learn the essentials of building her future empire. This led Anna to writing her first literary work, The Student Survival Guide to Online College. With this guidebook, Anna was able to guide thousands of students on their higher education journey through an online platform but yearned to empower the youth through her pen.

Anna Nyakana grew up reading books. Exploring different stories and learning about the various scenes, Anna had a hard time relating to the characters because of how exclusive it is. The heroines were always the ones being rescued, not many characters looked anything like her, and the scenes were filled with many other stereotypes that adults often overlook because a biased society dictates that it is normal.

Children’s books made her realize that children are nothing but pure beings who do not care about race, gender, or age. The overwhelming need for multicultural children’s books paved her way into realizing her most significant purpose. Out of the desire to promote unity, Anna Nyakana created the Niyah Zuri series. Taking the next few years to publish her greatest literary work, Niyah Zuri and the Pharaoh’s Throne, is now taking over school districts nationally and home libraries alike. The series follows a fearless Black heroine, Niyah Zuri, and her best friends the Gonzales twins, as they time jump to different eras in past centuries to learn about ancient cultures while aiding children from history overcome challenges. Based on her book series, Anna is currently pitching her cartoon series Adventures with Niyah Zuri to networks while also completing it as an animated short accompanied by its own unique soundtrack, executive produced by the multi-talented creative. Nyakana is here to ensure that culture is seen in the pages as well as the pixels.

Recognizing the importance of letting children see a reflection of themselves in the books that they read and digital content they watch, Anna Nyakana aims to inspire them, one adventure at a time. By bringing diversity to classrooms and empowering the youth through affirmations and self-love principles, she hopes to encourage children to glorify people of different cultures and inspire them to have creations that do not deny some culture’s contributions. The children are the future generations of tomorrow. They are the ones who will be dictating how the future society will be, and having to raise them with the correct mindset is an essential step in making an inclusive and accepting society. Learn more about Anna Nyakana, her movement, and her outstanding books on her website